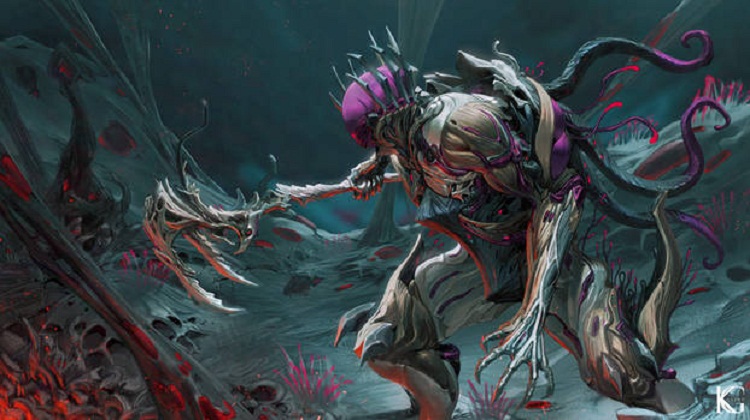 Nidus, the incurable, attacks his enemies like a disease. Virulence sends a path of disease to her enemies, while Larva drags several enemies into a small area, making them ripe for damage. Parasitic Bond binds Nidus to a target, increasing his power and channeling any damage he takes. Ravenous spawns a swarm of maggots that heal allies and damage enemies. Nidus can also mutate, increase his potency over time, and charge his passive, immortal. Once you’ve learned how to use it, Nidus is incredibly fun and powerful.

To get Nidus’ main blueprint, you need to complete the Glast Gambit quest. You must have completed The War Within and can then speak to Ergo Glast in the Perrin Sequence Room on any Relay. The Glast Gambit is a fairly straightforward quest that allows you to trick Nef Anyo into betting big on The Index, and then make him regret his arrogance. Make sure you have a powerful shotgun modified for radiation damage to make index parts a snap.

When you’ve completed The Glast Gambit quest, the real work begins. Blueprints for Nidus components can be obtained from the C rotation of the Infested Salvage mission at Oestrus node, Eris. The C rotation is every four turns, so it’s quite the grind. Each component has an equal chance of falling on rotation C:

During this mode, you must keep three consoles active so that the Lotus can hack. You have to collect the Anitserum charges that are dropped by dead enemies and bring them to the vaporizers located near the terminals. The vaporizers create a bubble of free space, and when it expands above the console, the Lotus will be able to access it.

When you’re outside of the bubbles, the toxic environment eats away at your Warframe and can end up killing you, so keep that in mind when choosing which Warframe you want to take on these missions.

Once you have all the blueprints, you can build Nidus in your foundry using the following resources:

Each component has a 12 hour build time, and they can build them at the same time. Once built, you can use them in conjunction with the main Nidus blueprint to create the Warframe. Nidus has a construction time of three days. You can bypass all build times using Warframe’s premium currency, Platinum.

Make sure you have a Warframe slot available when you start building.