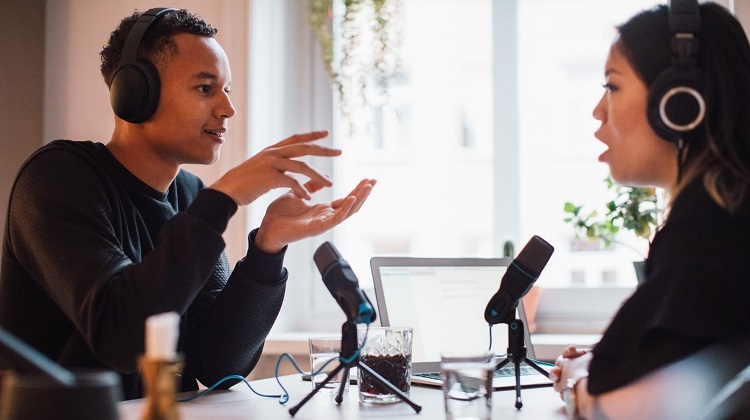 As the country opened back up, some in the podcast business wondered whether listening would collapse as a result of people returning to the streets and drinking in bars, and patronizing movie theaters. Actually, that didn’t happen. On the one hand, podcast listening has remained stagnant, and on the other, there’s a fair share of Americans who still feel unsure about the whole “going out thing.” (Let’s not dwell too much on the latter’s concerns here.) In any case, the audience is well served. The podcast production universe continues to boom, with highlights so far this year being a mix of tremendous insights, astonishing personal works, and projects that make it a point to provide a really good time. Here, our picks of the best podcasts of 2021 so far.

If you thought a certain leader of the free world was wild and wacky, wait, you hear that. It is an eight-episode podcast that follows the mad cacophony of Italy’s Silvio Berlusconi era. Berlusconi, a TV executive, real estate magnate, and former prime minister of Italy, is one of the most unusual, scandal-prone world leaders of recent times. This podcast, hosted by comedian Whitney Cummings, shines a light on that—without getting too disappointing.

As far as podcasts go, The New York Times is best known for The Daily. But it also produces several podcast series, including the excellent Rabbit Hole. Launched in April, it begins as a case study of how the YouTube algorithm polarizes people on the right and left around extreme politics. But it ends by going deeper, speaking of the widespread scholarship pervading the wider online discourse.

I’ll give you three reasons why you should listen to The Line. First, this series about war-crime charges involving former Navy SEAL Eddie Gallagher, who became a causal celeb for a certain corner of Fox News-heavy conservatism, is an excellent piece of audio documentary. It works where a typical high-profile case is made to refract a lot of ideas, in this case: about the modern US military, what these individuals are made to do, and how they make systems to work within often shove their humanity to the dust. Secondly, The Line is the latest audio project led by Dan Tabersky, the genius documentarian behind Missing Richard Simmons, Surviving Y2K, and Running from COPS.

The wildly talented writer-comedian in Jamie Loftus’ latest podcast project turns its attention to Kathy Gisewight’s comic, which was hugely successful in its 34-year run but is now somewhat underrated – is remembered in flattery light. These days, the comic has become one of those artworks that are preserved more in the cultural almanac for its broad strokes than for its full complexity, and those broad strokes are not flattering. The Cathy character is remembered today more or less as a caricature of a certain kind of Boomer woman with a certain kind of hesitant Boomer-Esque affinity for feminism. Of course, the truth is much richer and subtler than this. As Loftus explores, what if Cathy is not merely a “product of her time” but a reflection of the human complexities involved in navigating fluid enough and shifting the politics of an accelerated culture?

Villa Pasquin’s Decoder Ring has long been a harbinger of fine adventures down the cultural rabbit hole, specializing in frankly unpacking the kinds of artifacts that often make you go, “Oh, well, that Thing?” (See: hotel art, Beanie Babies, mullets.) However, since switching from a somewhat sporadic publishing schedule to a more consistent seasonal structure earlier this year, the podcast is pitching on an entirely different level. Since its June prelaunch, the show has maintained its standard of excellence — tattoos, a famous soap opera episode (the Marty Seabrook storyline in One Life to Live), and the concept of hydration, among other things — it also delivered two particularly standout episodes in a quick fashion.

Following the release of his presidency and The Promised Land, the first of two presidential memoirs, former President Barack Obama is doing the obvious thing: starting a podcast. And he’s doing it with the most obvious host: Bruce Springsteen. The two have already released two episodes, one on their friendship and the other a discussion on race, with six to go, coming out weekly. Obama and The Boss are working closely with Spotify for the project, so it’s exclusive to that platform for the time being.

7. Staying in with Emily and Kumail:

Struggling with Quarantine? Feeling a little lonely? Emily and Kumail are here with their guide to survive the pandemic. They are both writers who work from home and prefer that anyway. They give you entertainment recommendations and advice on how to avoid cabin fever. But, perhaps the best part is that it’s a really nice distraction from the world of just two people you really want to be friends with.

These are the seven best podcasts in 2021 that you can listen to and use as references for your next podcast mixing idea. Other than great content, it is important to consider creating catchy podcast sounds to invoke a memorable podcast experience.